Morning Coffee: A billionaire says this is how alpha males discuss their bonuses. Credit Suisse is hiring Ukrainian refugees 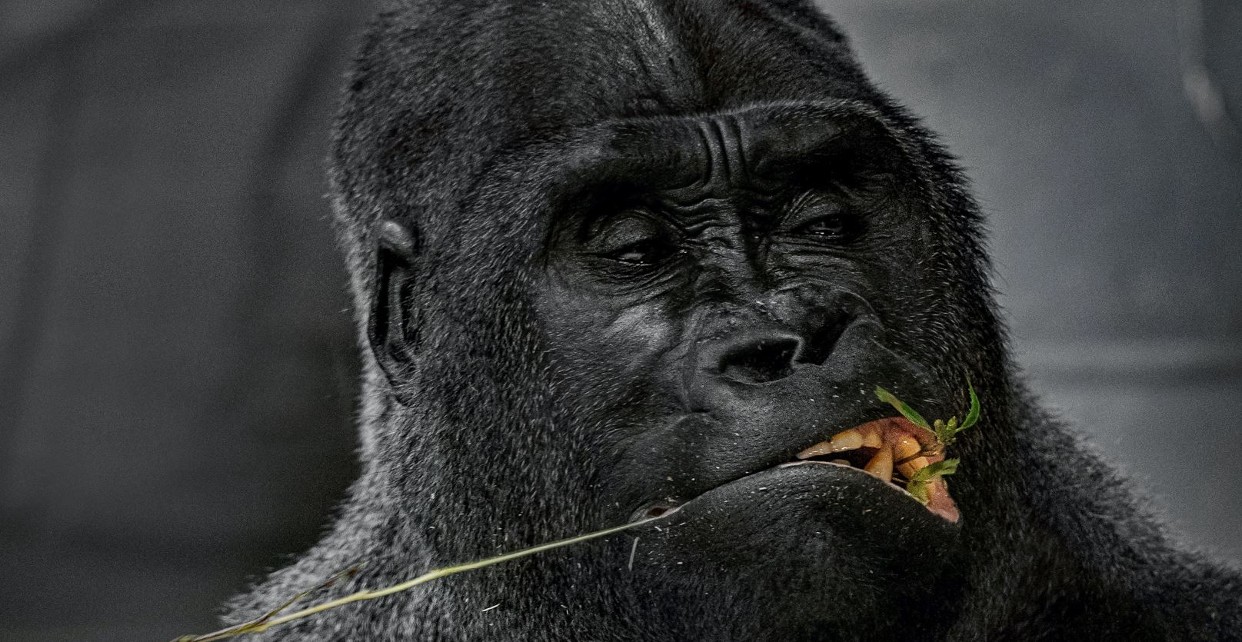 As the saying goes, “show me an alpha male, and I’ll show you a monkey”.  Human beings aren’t organised in social units like chimpanzees and even in chimp colonies the alpha male doesn’t actually go around behaving aggressively and intimidating people all the time.  But nevertheless, the phrase has been taken on by a certain kind of banker, and for the foreseeable future it’s going to be a reliable indicator that somebody’s telling a story in which they don’t come off as well as they think they do.

You might have guessed who we’re referring to here – Bill Gross is, wonderfully, splendidly, at it again.  His new book of memoirs, “I’m Still Standing” is out.  Because it’s self-published on Kindle, it is not only competitively priced at $4.99, but it hasn’t been through the usual publishing process of people saying “you can’t say that”.  So it might be quite a startling read – PIMCO have already, slightly nervously, offered to read the manuscript to “avoid any unnecessary dispute in the months ahead”.

The excerpts in early reviews are quite encouraging.  The “alpha male” episode comes from an occasion when Bill was in bonus negotiations with Michael Diekmann, the then CEO of PIMCO’s parent company Allianz.  In order to show that “we were in control and we were the alphas at the table”, he told the CEO to “f--- off”.  Mr Diekmann’s response isn’t so far recorded, but you get the feeling that the anecdote wouldn’t be in the book if Bill and his team hadn’t got the last laugh.

As an example to other bankers of how to handle the annual compensation round, the Gross-approach is questionable. Diekmann may have paid up, but he did respond that “no one speaks to me like that”, and the incremental bad will created by this sort of behaviour builds up over time.  When Bill Gross finally left PIMCO, on pretty bad terms, he recalls that “the money didn’t matter really, but the shame of being fired was a lot to handle”.  If you keep treating people badly just to flex your alpha, it’s unlikely that when the time comes, they’ll treat your feelings with the respect you might have hoped for.

Nonetheless, Gross’s book does show elements of self-awareness – Gross self-diagnosed as having Asperger’s Syndrome late in his life, and although he claimed that his version of the condition made him a better investor, he seems to regard some of the decisions he made during his career as mistakes, particularly the move to Janus.  But he’s apparently not ashamed of having got himself banned from “Wall Street Week” for firing a rubber band at Louis Rukeyser’s ear, and although he must surely understand that his divorce could have been handled better, he was claiming to be a “happy, happy man” as recently as 2019.  Writing memoirs is sometimes cathartic; we hope this one has brought a bit more peace o mind to the alpha male of the bond market.

Elsewhere, Credit Suisse’s job posting site recently put up an unusual notice, addressed “To our Friends from Ukraine and others impacted by the war in Ukraine”.  It says, effectively, that if anyone with skills in banking, operations, HR, IT, risk audit or compliance needs to find a job in Poland, CS has a team to help them “navigate through the recruitment and right to work process” to join their operations in Warsaw or Wroclaw.

The Swiss bank’s motives might not be wholly altruistic, or at least they might have seen an opportunity to do well by doing good.  The Polish labour market is “tapped out” for technologists at present, and many other offshore and nearshore centres are also seeing severe shortages, while Ukraine is one of the largest technology outsourcing service exporters in Europe.  As well as providing probably the only practical help that a company in its position really can, CS might be able to find some more staff.

In further book news, Ralph Nader might have to join Bill Gross in self-publishing.  After a lifetime of bashing CEOs, he’s written a manuscript about the good ones that he actually admires, and it turns out that nobody thinks anyone wants to read that. (WSJ)

Also – if you’ve ever wondered about the people who are all over social media claiming to have made a fortune in forex trading, but who appear to be teenagers and certainly haven’t got any LinkedIn or regulatory authorisation, they’re featured in a new book on the influencer industry called “Get Rich or Lie Trying”. (FT)

If the present you decided to buy yourself with the 2021 bonus is slow in arriving, it’s likely to be slower – the ship carrying 4,000 Porsches and Lamborghinis has now sunk. (Bloomberg)

Although there are, to say the least, clouds on the horizon when it comes to expectations of the red-hot hiring market persisting into 2022, for the time being the balance of power rests with desirable graduate hires.  So this year’s summer interns have been demanding perks and relocation allowances, as well as backing out of agreed internships when they get a better offer.  Companies have to take their share of blame – apparently, some students have posted on Twitter about their internship and immediately received half a dozen poaching offers.  All the careers services can do is sigh and ask the college kids to at least write a letter of apology when they jump from one internship to another. (WSJ)

Extraordinary story of the Indian caste system at work in Silicon Valley, where software engineers feel that they have to conceal their origins or face harassment. (WIRED)

Ken Griffin points out in an interview that $1m invested in Citadel when it was founded would have turned into $235m today.  Anyone who has been there “for virtually the entire journey” is “pretty happy”, particularly him. Griffin also revealed that he likes to play Call of Duty (while on the elliptical trainer) for relaxation, so next time you’re on a squad with KGriff, you might want to mention your sharpe ratio. (Bloomberg)

Probably not a good idea to actually do this as a way of burnishing a programming resume, but here’s how to take credit for other people’s work on github. (Repography)

Photo by Patrice Audet on Unsplash