Morning Coffee: Hedge fund manager with bikini Instagram sets up in London. Young quants make the most of being paid to do nothing 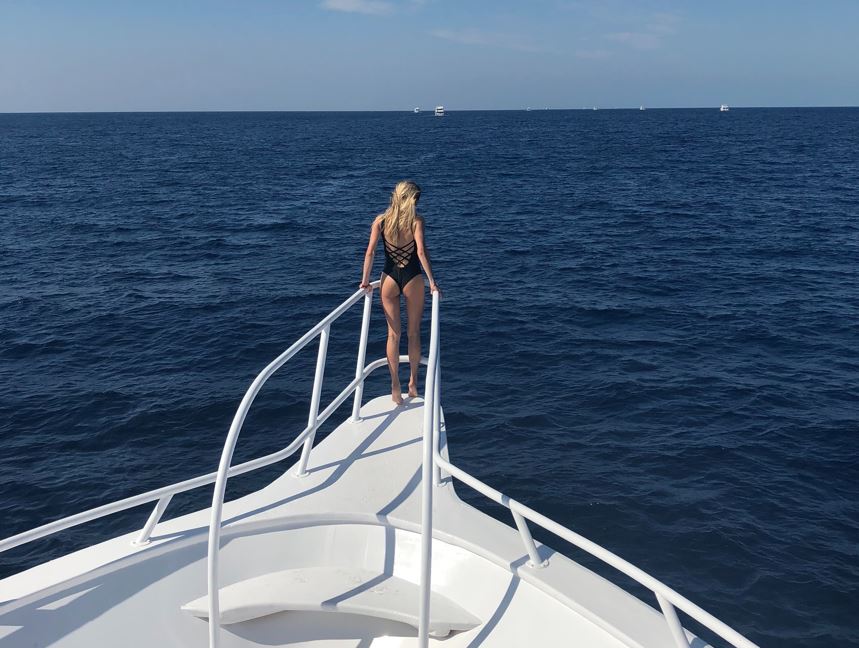 Not Bill Perkins' Instagram, but not all that different either

Nobody with any common sense wants to go back to the days that near-to-retirement MDs call the “Old City”, with its daily cocktail of alcoholism and nepotism, slack working practices and abominable treatment of women and minorities.  But on the other hand, there’s a distinct lack of joy about the modern industry; too many people act like they’ve been sentenced to finance.  London needs people like Bill Perkins, who’s setting up a new office of his hedge fund there, to show them how to have a good time.

Perkins is a legendary natural gas trader, who has been running Skylar Capital for ten years out of Houston.  He’s been described as “The Last Cowboy” for his intuitive investing style, making big directional bets and tolerating the volatility rather than allowing quant models to grind out small gains.  According to Bill, “You cannot pay me enough to sit in front of a screen and throw away my life.”  And that’s definitely how he lives.

In 2017, his Instagram was described as “famous for photos of his Caribbean-based yacht full of bikini-clad women.” Looking at it now, there are still plenty of water toys and party pics, but there’s more of a grown-up vibe; he got married for the second time in 2020 (to someone considerably younger than the wife he married the first time around).  He also appears to have given up producing films like After.Life and The Baytown Outlaws (a glance at the reviews of those too might suggest why).  But he’s written a book called “Die With Zero” setting out his philosophy of life and money management, and it’s in the form of an anti-saving personal finance guide pointing out that if you have $250,000 of savings at the age of 75, that’s at least $200,000 of experiences that you missed out on.  Or in Bill’s case, why paying $15,000,000 for a picture valued at $200k might be worth it if you really want it.  He also claims on his website to spend much of his time travelling to poker tournaments and managing his business from a yacht via smartphone, which probably accounts for all the flesh-heavy photos on Instagram.

As an approach to life, it’s … "fun", but maybe not calibrated to modern fashions in institutional allocation.  It seems that the actual fund in London is going to be managed by Nathan Arentz and some of the team he ran as head of Glencore’s natural gas trading operation.  We don’t know how much of a hedonist he is, but his LinkedIn endorsements don’t seem to include “wakeboarding in St Barts” or “financing poorly reviewed thrillers”.  Skylar Capital might only really be the liveliest hedge fund in town when the boss is visiting.

Elsewhere, Tarun Chitra of crypto software provider Gauntlet shares some of Bill Perkins’ attitude.  A former Wall Street high-frequency trader, he says that his fellow quants are “unwilling to do something with a tiny amount of risk” and that “Life is a little too short to be always focused on that”.  But lacking Perkins’ massive cushion of wealth (and, perhaps, not having quite the same cowboy swagger), he took advantage of a quirk of the quant employment market to reduce the risk of starting up his own business.

That quirk is that quant trading shops, because they are extremely paranoid about their intellectual property, tend to enforce really long notice periods and non-competes.  In Chitra’s case, that meant that he was able to spend two years having his salary paid by Vatic Labs, while investigating whether he’d be able to turn his passion for crypto into a viable business.  His co-founder Rei Chiang was also a former quant, and it seems that they managed to put together almost all of the initial employees simply by phoning around the social network of former quants who had decided to take a break from it all and who were sitting around collecting the money from their non-competes.

The phrase that comes to mind is “nice work if you can get it”.  Obviously, if you’re going to do something like this, you do need to make sure that your startup is definitely not going to be regarded as a competitor, which is something that might get less likely if crypto gets more integrated with the financial system.  But as a perk of the quant life, it’s worth bearing in mind; it might even be worth emphasising for HFTs who want to compete with tech startups for top talent.

Maybe it’s the price action in natural gas, maybe it’s the gradual development of the local financial centre, but Bill Perkins’ home state is getting more and more rewarding as a place to work.  Salaries in Austin, Houston and other big Texas towns are reaching the same sorts of average levels usually only seen in New York and Silicon Valley. (Bloomberg)

Karen Firestone of Aureus Asset Management had one of those “Zoom call moments”, as her dogs barked uncontrollably and an unidentified man in his underwear wandered into the background of her interview with CNBC. (Daily Mail)

Case studies and even written exams are not uncommon on graduate training programs, but if you want to join the wealth management team at Goldman Sachs, you apparently have to go through frequent “verbal dexterity” sessions, which are aimed at taking business school graduates and teaching them to ditch the jargon and stop speaking like such a stiff.  Most of the clients are boomers, so you have to be trained in how to leave voicemail too (Business Insider)

Senior bankers and asset managers had to report more than 700 cases of “non-financial misconduct” last year. About 600 of them were related to breaches of COVID regulations. (Bloomberg)

Ken Griffin’s neighbours in Palm Beach are apparently angry about the “inordinate size” of the mansion and compound he’s building for his mother.  Legal filings complain about potential effects on the neighbouring billionaires’ access to the beach, but it’s hard not to suspect they’re just hurt at being constantly reminded that there’s someone richer than they are. (New York Post)

Another billionaire banker with a mansion is having less of a good time – Petr Aven is subject to sanctions, so he needs to get a court to agree to unfreeze his accounts so he can pay for “basic needs”.  In context, this amounts to $140,000 a month, much of which is spent on insurance and security for his art collection. (Bloomberg)

Photo by Volodymyr on Unsplash