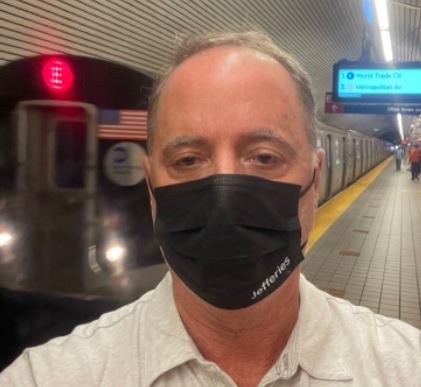 A tragic thing happened on the weekend. Yesterday, 48-year-old Daniel Enriquez was killed on the New York subway on his way to a brunch in Manhattan from his home in Park Slope, Brooklyn, when a gunman opened fire over Manhattan bridge.

Enriquez had spent nearly 10 years working as a research assistant for Goldman Sachs Asset Management. Goldman CEO David Solomon said today that he was a "beloved' member of the firm.

For many in finance, the murder is confirmation that the subway is best avoided. But Jefferies' CEO Rich Handler was still riding the subway to Jefferies' office in Madison Avenue this morning.

"It's horrible what happened to that poor innocent person," said Handler via a direct message on social media. "I feel safe enough, but I certainly pay attention and feel like I need to be more “on guard” down there then ever," he added of his subway rides. "I have had a few uncomfortable situations, but most of them were “pre-covid.” I tell my daughter not to take it too early in the morning or later in the evening."

Handler has long been an advocate of public transport, and is a keen observer of social divide in contemporary America. In 2018, he wrote a letter to Jefferies' employees recounting an encounter with beggar on the subway who threatened to throw himself under a train unless someone gave him $20 (a Jefferies' colleague only had $50):  "With all of this good fortune in a world of confusion, pain and turmoil, comes the responsibility for all of us to give back to those in need."

Goldman Sachs' CEO David Solomon can also be found on the subway according to this 2019 article from CNBC. It's unclear whether JPMorgan CEO Jamie Dimon heeded mayor Eric Adams' recent edict that he should take the subway too. “We’re telling our corporate leaders: ‘Hey, get on the train!’” Adams told the Financial Times. “We need to advertise that New York is back.” Enriquez's sister Griselda Vile has called for Adams to make the city more safe.

One senior trader tells us he hasn't taken the subway for nearly a year and that he either drives his own car, takes a cab or uses a Citibike to get around. Uber has started price-gouging, he complains: "They charged me $100 to get to work last week, and $26 for 3.2 miles this morning. It's nuts. It's going to drive people out of the cities."

Last year, Bank of America warned its New York juniors to dress down as they travelled to 1 Bryant Park. New York isn't the only city with problems: Citadel founder Ken Griffin has been threatening to leave Chicago over crime in the city; Citadel has been buiding its office in NYC.