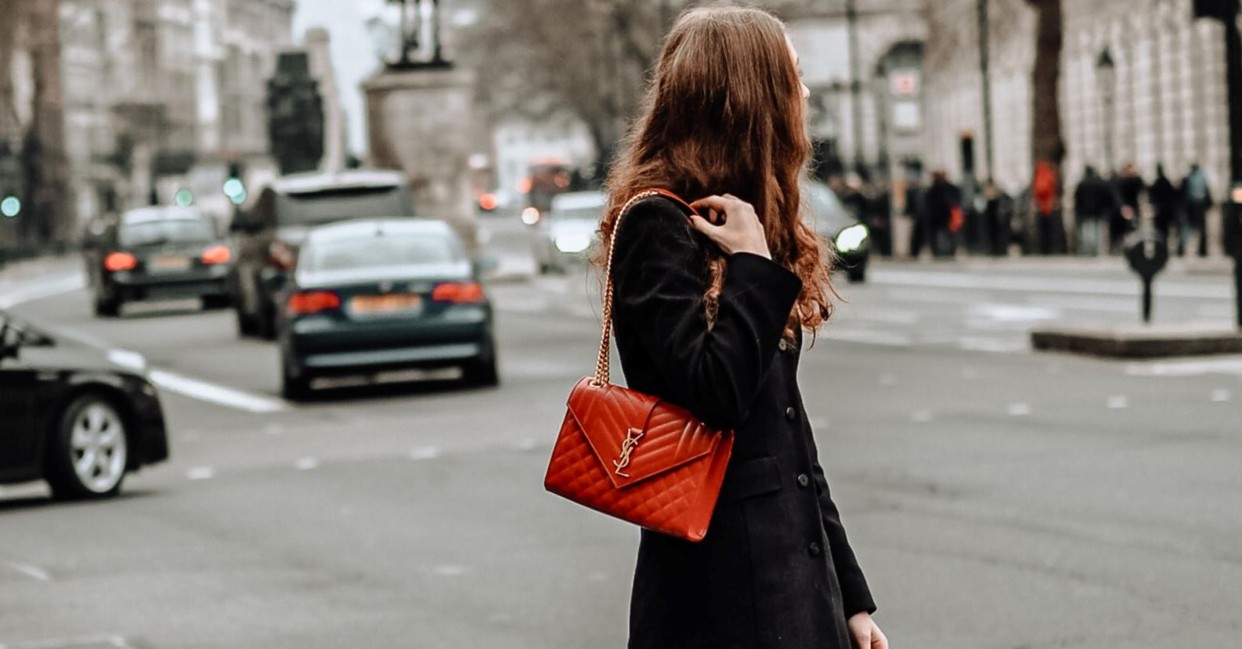 After an abnormally lavish bonus round at U.S. banks, fortunate recipients of this year's payouts have the problem of what to do with them in a world where asset prices seem inflated and buying the crypto-dip isn't that appealing. Business Insider suggests many are settling upon a rational response in the face of accelerating inflation: spending it.

They're not necessarily spending all of it, but spending enough of it to buy an array of things traditionally associated with finance professionals on shopping sprees. - Yachts, fine wines, fine Porsches and Wagyu beef are all on the post-bonus shopping lists. "I never expected to make as much money as I did last year, so I'm rewarding myself," is the general vibe. There's no mention of fine watches, although they're presumably on there too.

However, if you're a young female banker, it seems your purchasing priorities could be somewhat different: you may be all about handbags.

Analyst bonuses aren't usually paid in the winter bonus round, but when they are paid (in August), Business Insider says young women covet exceptionally expensive bags over anything else. The day after they get their first bonuses, female analysts in banks flock to Chanel shops to pick up black quilted bags, says one private equity associate who claims to have observed the ritual in banks over a period of several years. The following day, he says they compare the $3-$6k bags as their desks back in the office.

Not all young women in banks will buy bags, just as not all young men will buy a Rolex, but it's worth noting that bags can be a subtle status symbol for women in finance. Moderately priced Tote bags from Kate Spade are table stakes for interns, rising to Balenciaga bags for VPs and Birkins for MDs. The black Chanel quilted bag won't accommodate a laptop and is more frippery than functional.

Business Insider suggests that the really big buyers of trophy bags aren't women at all, but male bankers buying for women.  One reseller of unused Hermès Birkin bags says it's young male Wall Streeters who are mostly buying the $20k-$300k bags, either as "investment vehicles" whose value will appreciate over time, or as gifts for their girlfriends. This may change as more women make MD, unless women also blow their money on Porsche Panameras, second homes in Miami, and $50k a year private kindergartens.

Separately, the next time your VP emails you at 8pm on a Friday night with some work that needs to be completed by the morning, you could point at Luke Ellis, the CEO of investment management firm Man Group, who deliberately doesn't send emails in the evening.

Ellis told the Sunday Times he tries not to answer emails after 6.30pm. “Not because I don’t look at them, but because I don’t want other people to think they are supposed to be working in the evening.”

Rishi Sunak says he wants to tear up some of the EU rules governing the financial sector. It's not clear whether this includes the rule restricting bonuses to twice salaries. (Independent)

Matt Connolly, the 56-year-old ex-Deutsche Bank trader found guilty of manipulating LIBOR and then acquitted this month six years later, says the process was designed to break him, but he survived by channelling the tactics he used to get by at Deutsche Bank: "I am awesome. I love to fight, that is why I made it through working at a snakepit like Deutsche Bank. I was the guy who never got promoted because I like to call people out for stupidity/greed in meetings! So in a bizarre way I have very much enjoyed myself over the last six years." (Evening Standard)

More fretting about the Credit Suisse bonus changes: “This is supposed to incentivise us, but it is really backfiring. We’ve been given around a week’s notice to accept this or receive no cash, so it doesn’t give us much of a chance to contest it, or find another job if we are unhappy.” (Financial News)

Tyler Wellener, a former Deloitte Consultant turned Miami-based consultant, says that by working for a DAO (“decentralized autonomous organization") and earning tokens in a decentralized community, you can possibly get better experience on your CV than an internship at an investment bank. Wellener says he's been helping students find jobs in crypto. (Bloomberg)

Crypto is not the hedge everyone thought.“Crypto has definitely correlated more to risk assets than was expected. In the last month, it has acted more like a tech stock than anything else.” (Financial Times)

The real names of the founders of the Bored Ape Yacht Club are Greg Solano, a 32-year-old writer and editor, and Wylie Aronow, a 35-year-old originally from Florida. Neither has worked in finance. (BuzzFeed)

DeFi game Axie Infinity is having problems with its economy after issuing too many tokens. Four times more Smooth Love Potion (SLP) tokens have been issued each day than have been consumed through the Axie breeding process. (Decrypt)

Employees at Radkl, the crypto market maker backed by Steve Cohen, have left to set up their own digital asset-focused quant investment fund. (The Block)

“Goldman spends between $4.5bn and $5bn a year on technology, funded by its shareholders, to make employees more productive,” he writes. “So who should receive the benefits of those productivity gains?”  (Bloomberg)

In the latest example of selling investment banking products to wealth management clients, Credit Suisse is securitizing the yachts and private jets of clients who need cash after events like divorce. (Financial Times)

Finance employees want to bring their dogs to the office. “In my next job I will consider [the ability to bring a dog to work] quite a key feature. It signifies the culture of the company.” (Financial Times)

Photo by Laura Chouette on Unsplash