Hong Kong bankers in rush to relocate to Singapore 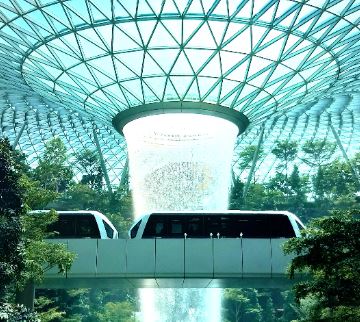 A number of banks are looking to relocate staff to Singapore because of Hong Kong’s draconian quarantine rules.

Bank of America has started a review of its Hong Kong business to identify workers who can be relocated to Singapore, but it is not the only firm looking beyond Asia’s biggest financial hub. Bank of America’s review is being coordinated by Richard Yacenda, the bank’s chief operating office for Asia-Pacific, according to the Financial Times.

Bank of America is part a trend. One banker at a rival firm told EfinancialCareers he was looking to move to Singapore after spending almost four months in quarantine last year. “It’s too much now. The problem isn’t getting out of Hong Kong. It’s getting back in.  It’s bad for my job and my family.”

The banker said he also knew several colleagues who work at a U.S. bank who had asked their boss if they can relocate to roles in Singapore too.

One headhunter said: “Banks are seeing strong demand from a lot of their staff to relocate to Singapore. You’ve either got refugees stuck outside of HK trying to get back in, thinking just re-locating Singapore or there are individuals in Hong Kong looking to relocating to roles in Singapore if those roles exist.  Some American banks are looking to beef up in Singapore.”

The chances of relocation are better for senior bankers than junior staff, because Singapore has strict quotas that require companies to fill staff vacancies with nationals.  However, Hong Kong remains a crucial access point into China, which is a strategic priority for many international banks, although the recent clampdown on industries such as technology, media and telecoms, real estate and education has hit deal volumes, according to one banker. “From a product perspective, trying to do M&A in any of those sectors coming into 2022 means you’ll face some strong headwinds,” he said.

HSBC is expanding in South East Asia both in wealth management and investment banking, although there is no suggestion it is doing so at the expense of its China business. But it is grappling with the restrictions along with other banks.  Greg Guyett, the head of global banking and markets at HSBC, has delayed his planned relocation twice.  Last summer, Guyett shipped his belongings to Hong Kong and gave up his London property – but then postponed the move after seeing China tighten restrictions again, according to Bloomberg.

Meanwhile, Barclays, Nomura and Credit Suisse have all been hiring investment bankers in Singapore.

However, Commerzbank has pulled out of Hong Kong and Royal Bank of Canada is moving its global markets sales and trading activity from Hong Kong to Singapore. “Hong Kong is a huge equities market, but Singapore has become a real focus for foreign exchange and private banking hub, so banks who are not big players in equities or ECM will be more open to  move,” said one senior banker. “Even so, it’s expensive to move trading desks and there’s upheaval with having to find office space. We looked at it around the time of the demonstrations, but then abandoned the idea.”

A second headhunter said: “You can keep all the coverage in Hong Kong but HR, compliance and technology can move easily to Singapore, and we’re hearing those sorts of conversations are happening.”

One headhunter pointed to the example of Japanese Banks like MUFG and Mizuho, which have taken a ‘Singapore-first’ strategy by building their APAC hubs businesses in South Asia rather than Hong Kong.

But the head of international banking at one firm dismissed the notion of an exodus. “People are looking to leave, but some of this is politics between the US and China, and also US banks trying to put pressure on Carrie Lam to ease the rules. There are vacancies at the international schools, which show people have left and the restrictions mean it’s harder to replace meant.  One of our bankers moved back home, but his replacement isn’t coming for a year because she wants to wait and see until restrictions lift.”

There are signs that the government is yielding to the pressure. On January 26, Lam announced that from February 5, Hong Kong will reduce its quarantine period to 14 from 21 days.

Meanwhile, this week, Goldman Sachs became the first bank to require mandatory vaccinations for anyone visiting its Hong Kong offices.  Goldman has taken the step after the government announced that it requires people to be vaccinated to enter restaurants and public venues  from February 24.

Goldman said in a memo to staff that from that date “all individuals who enter Goldman Sachs offices in Hong Kong, including our people, clients and other visitors, will need to be fully vaccinated – this means more than two weeks must have passed since completion of a full vaccination series (i.e., received your second dose of BioNTech, Sinovac or other WHO approved vaccines). We ask that you plan accordingly as we transition to a fully vaccinated workplace.”