Morning Coffee: The lifestyle of a 20 year-old crypto trader with $39m of AUM. Jamie Dimon still not a bitcoin believer 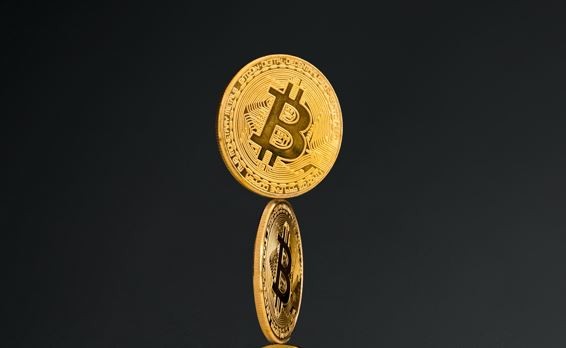 It's generally a given that if you work in sales and trading, you will be getting out of bed early. The poster boy for excruciatingly small amounts of sleep in a trading job is Xavier Rolet the ex-Goldman Sachs trader and former head of the London Stock Exchange, who says that as a trader at GS in New York in the 1990s he would start at 4am, finish at 2am and put in 130 hours a week.

Rolet's claim seems like a route to an early grave. In these more enlightened times, traders are more conscious of their health. If they're in the right time zone, they might even get a lie-in.

Bloomberg profiled five traders, none of whom work Rolet hours, and whose wake-up times vary from an old-school 4am to a more contemporary 10.15am. It probably helps that the trader with the 10.15am start is based in Sydney, Australia. He's also only 20 years-old, with nearly $39m of crypto assets under management. His name is Oliver Chalk.

Trading crypto successfully requires a combination of rational thought and excellent technology, says Chalk. "For me, trading is just about being able to think ­rationally and as close to first principles as possible, and being able to peer through the noise and see the genuine risk and the genuine trades," he reflects. And: "If you can be that one firm that has the best software in a particular domain of the market, then regardless of where the market moves, you can make a good return."

Chalk spends a lot of his time "yield farming", which involves lending cryptocurrencies through platforms like Compound (which recently accidentally handed out millions in free tokens) in return for other crypto coins which will hopefully appreciate in value. "It’s like if a hedge fund strategy was to go around and open all of these rewards accounts for the different banks, and then just move money between them really fast," he suggests. Yield farming requires a lot of due diligence and constitutes a form of arbitrage. Ultimately, Chalk predicts crypto markets will become even more complex and even more automated: as cryptocurrencies proliferate, humans will be unable to cope. His focus is therefore also on building the software that will enable this.

For the moment, though, he gets up at 10.15am, meets his software developers at 10.30am, works the rest of the day and sleeps at 2am. Anything less than eight hours sleep is counterproductive: "For every 30 minutes I take on the left side of my sleep block, I lose an hour of productivity on the right side," Chalk says.

It seems like a better life than the Asian trader who says he starts at 7am and finishes at 2am or 3am (after a long lunch in between) because he's covering U.S. clients late in the session. It also sounds like a better life than Rolet's 1990s existence, although Rolet survived that decade of sleeplessness and now has a seemingly superior lifestyle running a vineyard in rural France with his American wife.

Separately, Jamie Dimon is still skeptical about bitcoin. “I personally think that Bitcoin is worthless,” he said yesterday. However, Dimon appreciates that some people disagree: “Our clients are adults, they disagree, that’s what makes markets, so if they want to have access to buy yourself Bitcoin, we can’t custody it but we can give them legitimate, as-clean-as-possible access.”

Bank of America's first ever research note on crypto said: “The digital asset universe is too large to ignore. We believe crypto-based digital assets could form an entirely new asset class.” (Financial Times)

Citi CEO Jane Fraser is all about empathy. "Empathy is not just about listening or being nice. It is about understanding and insight. It is about forming connections and nurturing relationships." (Milken Institute)

HSBC CEO Noel Quinn says 70% of his people want to keep working remotely and that shoehorning them back into the office full time would be a breach of trust. (Financial News)

Credit Suisse had planned to publish its findings on the collapse of Greensill at the time of its third quarter results. It won't do that anymore because it wants to prioritize reclaiming money for investors in its funds. (Bloomberg)

Deutsche Bank's analysts are predicting a 5% increase in markets revenues in Q3, broken down into a 14% increase  in equities revenues and a 20% drop in fixed income currencies and commodities revenues. (WSJ)

The shortage of Indian technology staff is such that new recruits to one start-up are being offered free BMW motorbikes and a trip to Dubai to watch India compete in the T20 cricket world cup. (Reuters)

If you want to avoid dreaming about work, you might need to follow a three-hour-long evening routine recommended by the Indian yogi and mystic known as Sadhguru. It includes meditation and a cold shower, and forbids eating, drinking and screen time before bed. (WSJ)

Photo by Jeremy Bezanger on Unsplash