The new man to know in AI at JPMorgan 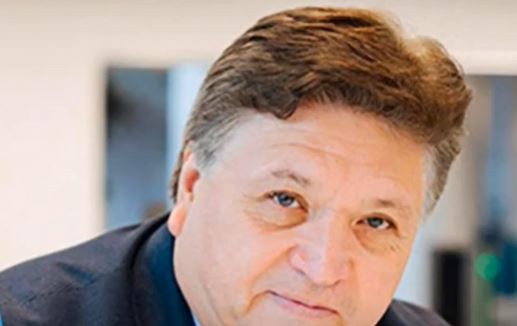 In case you missed it, change has come to JPMorgan's artificial intelligence (AI) team.

Apoorv Saxena, whom JPMorgan hired from Google to run AI and machine learning in 2018, has left the bank. Saxena's exit was reported earlier this week by Business Insider.

JPMorgan didn't respond to a request to comment on Saxena's disappearance, which might be considered a big deal. - Saxena hired a slew of top technology people from Google into JPMorgan's San Francisco office including Rich Merz, JPMorgan's head of AI product strategy, Daryush Laqab, the bank's global head of firmwide AI and of the OmniAI ecosystem, and - most recently - Vadim Kutsyy from PayPal.

Saxena has left JPMorgan for Silver Lake, the technology investment firm, where he's the new chief data scientist. Some of those who joined JPMorgan to work alongside him may be inclined to follow him to his new gig. "Here we started from nothing to build something that is enduring," said Saxena of his time at JPM in his valedictory LinkedIn post. "- A talented AI team with a strong execution track record that worked in collaboration with many amazing partners across the firm to deliver multiple successful products and projects."

However, some JPMorgan insiders suggest that Saxena's exit is not as big a deal as it seems. His role has apparently been transferred to David Castillo, who was hired in August 2020 to run JPMorgan's Omni AI eco system, based out of New York. Castillo, who was previously lead of the machine learning Center for Capital One, is also an adjunct professor at the University of Maryland.

Omni AI, which was developed by Saxena's team, ingests “minimum viable data” so that JPM can build machine models more quickly than would otherwise be the case. Castillo's new role suggests management of the system has pivoted from San Francisco to New York City.