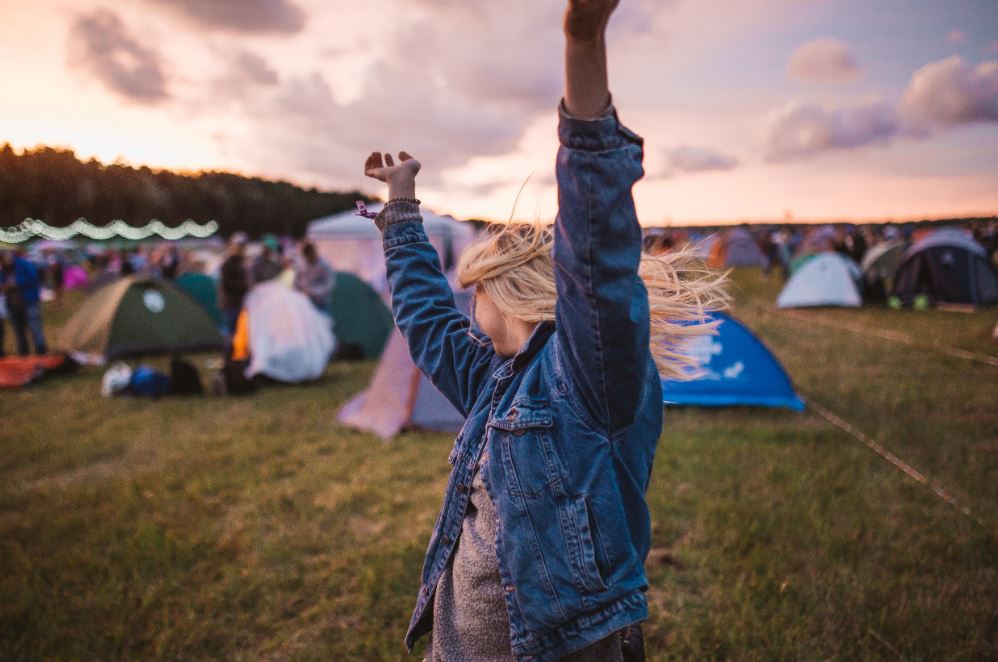 It's been a bad year for young people who like attending festivals. Illegal raves aside, most music events have been cancelled this summer, leaving 20-something Europeans hanging out in their rooms and listening to live streams of DJs instead. However, banks are doing their bit to fill the gap: Morgan Stanley has organized a five day 'Grad Fest' for students at the end of October.

Billed as, “A digital festival of insights, inspiration and people,” Morgan Stanley's Grad Fest is virtual and won't involve traipsing through fields of mud or trying to find a tent in the dark. It will, however, have "live events and a learning lounge," and the promotional video has some fairly grungy music.

“We’ve never done anything like this before," says Katrina Hayes, EMEA Head of Campus Recruitment & Programmes at Morgan Stanley. "COVID-19 has thrown the world of campus recruiting upside down this year, both from a programmes and attraction/recruitment perspective.”

Any student in Europe can attend Grad Fest, which takes place between 12-16 October. You won't need to submit a CV: you'll just need to register for each of the five days of events here. They include a 'fireside chat' with Clare Woodman, Head of EMEA & CEO of Morgan Stanley & Co. International, a sustainable investing bootcamp, a panel discussion with people on the European sales and trading team (including technologists) and advice on navigating Morgan Stanley's recruitment process.

There will also be 'backstage content' and opportunities to hear from some of the bank's more recently recruited analysts and associates.  Students won't necessarily have to tune-in to each event as it occurs and will have access replays on the platform for around a month afterwards.

Morgan Stanley only began publicizing its Festival last Friday, but 2,500 students from 300 universities across Europe have already signed-up. When the event was conceived, around 3,000 students were thought likely to attend. However, given that Europe has millions of university students and Morgan Stanley is targeting attendees everywhere from the UK to Germany and Hungary, interest could far exceed this.

Hayes says the intention is to have, "five days of high impact content making up for the inability to physically be there in person with students this season." In any normal year, she says Morgan Stanley's European graduate recruiters would be "in and out of City airport" and "travelling all over Europe." With travel impossible, a major virtual event is the alternative.

Grad Fest doesn't just make sense from a COVID-perspective though. It also enables Morgan Stanley to engage with students from a broader range of universities and to diversify its recruitment away from top tier schools and in favour of BAME candidates, women, and students from different socioeconomic groups. "With physical events there are capacity restrictions and the team necessarily focuses on target universities," says Hayes. "We’ve wanted to do virtual events for a long time. They were already high on our agenda when we were discussing plans for 2020 last January and the disruption caused by the Covid crisis made it inevitable."

As diversity moves up the agenda, there may be no going back. Even when the pandemic has passed, Morgan Stanley and rival banks are likely to run Grad Fest-type events in future.  “This marks a shift, for sure. In the future, I imagine we will run a hybrid model of virtual events and meeting students in person,” says Hayes.

In future, at least, things should be a little clearer in terms of the virus. This year, Hayes says the event was organized in a compressed time frame. “We spent the summer putting Grad Fest together. In June and July we had conversations with key client groups so that we could start thinking past the summer and into September and beyond. The pandemic wasn’t going away and the sooner we could start planning something, the better. It’s been a lot of work in a few months – in an ideal scenario you would have a year to plan something like this.”