Morning Coffee: The greatest lifestyle flex in banking. The bank that wants its MDs to be childrens’ entertainers 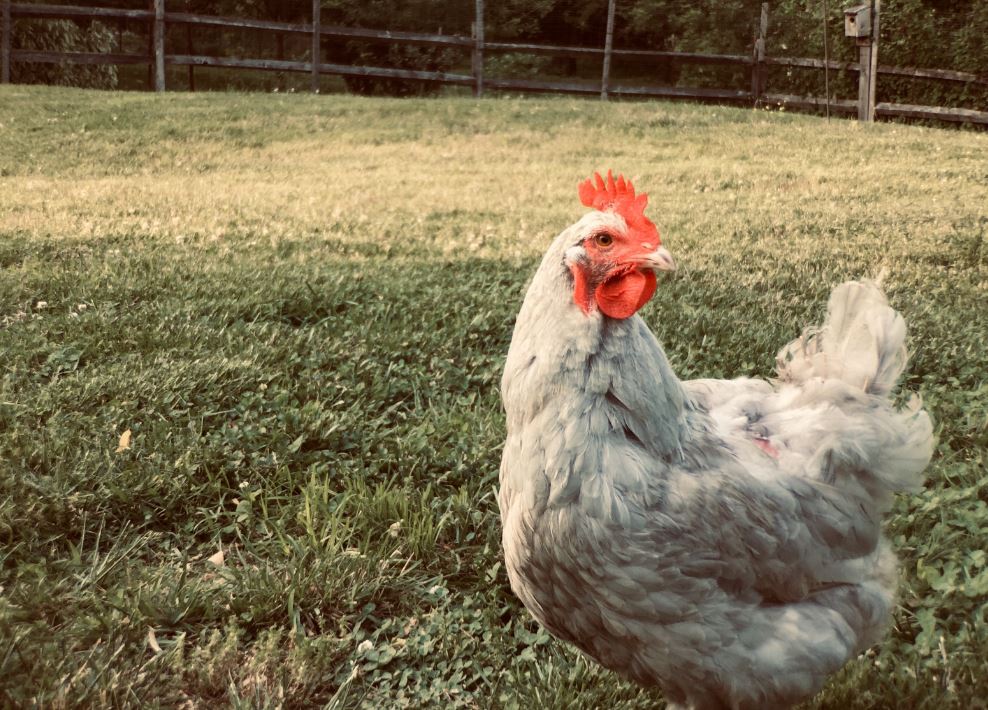 Boasting about your Ferrari is out of style.  Constantly talking about racehorses or sailing yachts - not much of a move any more.  Even casually dropping in enough references to “the chalet” to make sure everyone understands you didn’t go skiing on a package holiday... it feels a bit “two years ago”.  If you want everyone in finance to be impressed with your position at the very top of the tree, there’s a new symbol you need.  Basically, if you don’t have chickens, you aren’t really killing it.

The latest master of the universe to drop a mention of his smallholding is Boaz Weinstein, who up until a month ago was reluctant to talk about his fund’s exceptional performance this year, but who’s apparently decided that it’s actually quite fun.  Saba Capital is up 90% so far, and its founder has given an interview to Bloomberg setting out his views on markets, a few nuggets of investment philosophy and his views of the continuing opportunities ahead.  But also, making it very clear that the house up in the Hamptons where Mr Weinstein transferred his operations as soon as the city shut down, is really really sweet.

He has a tennis court and a pool, obviously; and less obviously, a “Vegas style card room”, which hosted his championship poker games before social distancing.  But crucially, he’s also got home-grown tomatoes, vegetables and those chickens.  He hasn’t necessarily had time to feed them himself, having been busy with hybrid credit/equity trades and closed end fund arbitrages.  But apparently “his in-laws have been living with him” since he moved out to Long Island.  The implication that the place is big enough to make this a bearable arrangement for six months with no immediate prospect of relief is, of course, another subtle flex.

Of course, it’s not really about the chickens (although Alison Harding Jones at Citi has also managed to get them into a profile, and Jefferies CEO Rich Handler probably has a few chickens hanging around on his estate, if only to feed to the wildcats).  It’s about the fact that in order to have chickens, you need to have enough land to put them on, and ownership of that much land located anywhere near a major financial centre is a privilege reserved either to inherited wealth or to the very most succesful.

The underlying fact here is that of all the impressive things you can buy, real estate comes in much bigger unit sizes than cars or watches.  And because of that, even at the highest levels of investment banking, the biggest and most valuable single items that someone owns are going to be houses.  In an office environment, there are limits to how much conspicuous consumption you can put on display, so it’s possible for people to maintain a fiction that run-of-the-mill MDs are in the same league as the top 1% of bankers, who are in turn in a more or less similar position to the top 0.1%.  Now that the pandemic has given us a bit of a window into our bosses’ and clients’ home lives, that illusion is rather more difficult to sustain.

Elsewhere, at the time of year when North American bankers’ kids would normally be setting off for summer camp, they aren’t.  Across the industry – and indeed the wider economy – lockdown has been extremely tough on parents, and one extremely brave human resources team has decided on a unique way to help deal with it.  “RBCCM U.S. Kids Club” is a virtual summer camp set up by Royal Bank of Canada’s U.S. capital markets operations, in which employees volunteer to record videos and conduct Webex sessions for the education and entertainment of each other’s children.

So far, forty of them have pitched in, and you have to admire their spirit, although possibly while worrying a little about where these videos will end up.  It’s not so much for the reasonably banking-related ones – for the older kids, RBCCM is offering coding classes, “day in the life of a trader” and courses on personal finance.  But the Kids Club is also offering “story time” and “weekly sing-alongs”. Videochats can be recorded, and kids can’t always be trusted. In a couple of years’ time, when this is all a distant memory, somebody is going to have a disagreement with their teenager and the finance world will rock with laughter at a viral video of a tough-guy trader belting out “Mary Had A Little Lamb”.

The trickle down effect of investment banking.  UBS Australia needed a big hitter to replace Matthew Grounds, so Greg Peirce went back home to become co-head of global banking there.  That left a space next to Marc-Anthony Hourihan as co-head of global M&A, so Nestor Paz-Galindo was promoted. And that gave Philipp Beck the opportunity to become head of M&A for EMEA.  (Bloomberg)

When the bond market goes crazy, it seems that people revert to making phone calls.  A study by the International Capital Markets Association suggests that some banks shut down their algorithms entirely (The Trade News)

At least one headhunter can back up their claim to be “a trusted advisor” this week – Jos Trusted, the former CEO of CQS New City Equity, has moved to Odey Asset Management. (Financial News)

Credit Suisse appears to be going ahead with the decision to merge its markets and banking divisions, as rumoured on Swiss blogs a couple of weeks ago (Bloomberg)

While all banks have been pledging to improve their record on racial diversity, HSBC has now taken the risk of setting a date; it commits to double the number of Black bankers within five years (Financial News)

Having been the star attraction at the weekend, Goldman Sachs CEO David Solomon is under a bit of fire as some videos suggest that the social distancing at the Chainsmokers gig he was a support act for might not have been as effective as had previously been thought; the New York State government is apparently investigating (NYT)

Over six feet tall?  You might be at greater risk of coronavirus from airborne droplets (The Scotsman)