Morning Coffee: Some banks are starting to pressure staff back into offices. Obscene revenues could backfire 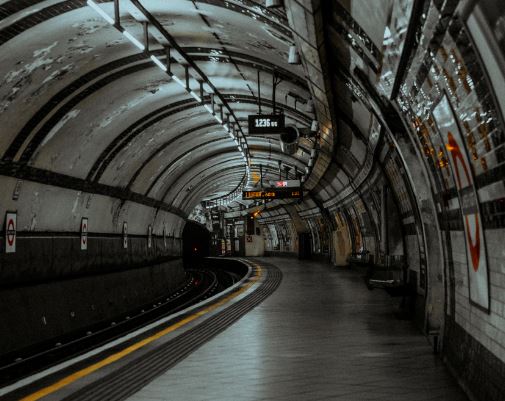 It was bound to happen. For all the talk of being gentle and only nudging people back to their office desks when they're ready, some banks were always likely to get overly gung ho in the process.

The Wall Street Journal suggests that Crédit Agricole's American office might be one of them. The French bank allegedly sent an email on June 8 telling all its New York City employees to return in phases from June 15 and saying that some would return full time while others would rotate in and out of the office in assigned groups.

Although this sounds reasonably standard and although a Crédit Agricole spokeswoman told the WSJ that the bank is doing its utmost to protect employees and that it has onsite nurses and health screenings, some people there appear to be unhappy nonetheless. One told the WSJ that there is "pressure" to go in. Another said that people with health issues had been told to contact human resources for exemption but that having flagged a health risk, one employee had been told that it was invalid and that if necessary he could use vacation days, request unpaid time off or even apply for short-term disability leave if he wanted to remain out of the office.

Childcare is also causing problems. While New York bankers have been rushing to book idle college students to tend to children this summer, some Crédit Agricole employees were unable to find childcare at short notice. The WSJ says some of those asked to return on June 15 were only told days before and that the bank made it clear that finding childcare and being available to work (in the office) was their responsibility.

All of this sounds strangely familiar. Before the lockdowns complaints of enforced office work were widespread. Bank of America's New York-based head of equities trading, Fab Gallo, remonstrated with traders in late March, saying that they were better able to do their jobs in the office and that claiming "I don't feel comfortable" was no excuse for not coming in. JPMorgan's traders complained of being made to work in Basingstoke and London, while in New York a JPM managing director spread the virus on the trading floor. Goldman New York staff complained that they weren't always being informed when the virus was in the office, only if it was on their floor.

Some banks seem to have learned from those difficult days. Bloomberg reports that both Goldman Sachs and Nomura still only have 10% of staff in their London offices, which goes some of the way to explaining why the City of London is still as dead as a Sunday afternoon in December and bankers' bars are instead filling up with rowdy revellers having fights.

The British government is now pushing for staff to return amidst fears that businesses catering to bankers will go the same way as Pret a Manger, which has found itself selling bacon rolls to builders amidst footfall declines of up to 90% and is now cutting 1,000 jobs. Some banks appear to be responding to the call: JPMorgan already has 1,800 of its 12,000 London staff back in the office (compared to around 700 at Goldman Sachs) and is promising to return more soon. That might be a good thing - if JPM staff are returning entirely of their own volition.

Separately, no one is actually saying "obscene" to describe banks' first and second quarter revenues, but they are saying "indecent", which is well on the way. Following yesterday's bumper trading results from Goldman Sachs and earlier strong results from JPMorgan and Citi, Bloomberg notes that the ten biggest banks appear to have had a $10bn windfall courtesy of the Federal Reserve. This is unlikely to go unnoticed, particularly as the real economy struggles. Even though banks like JPM and Citi have stressed that the elevated revenues won't last, they could nudge governments into reclaiming some of the windfalls - through higher taxes that will.

This Manhattan hedge fund manager isn't planning to return to his office for two or three years. (Bloomberg)

Chinese bankers in Hong Kong now face being taxed at 45% instead of at 15%, and are wondering whether it's worth remaining in the city given the higher cost of living there. (Bloomberg)

The nightmare of being an international student graduating in America during COVID-19 and the Trump presidency. “I had job offers I didn’t take because I was trying to stay in the U.S., and I was really optimistic about my future here.. I graduated, and for the first time I felt like I had no path..It’s very possible that [President] Trump could completely cancel OPT as well, so that’s something to think about.” (Financial Times)

“There’s one guy—he never ever wears a mask. There’s nothing you can do except stay away from him.” (WSJ)

Photo by Brunel Johnson on Unsplash