Developer salaries at banks vs. Facebook, Amazon and Google 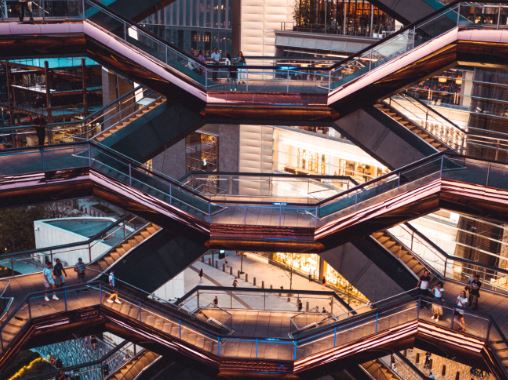 2020 is shaping up to be a year of big recruitment for technology talent in New York City. Both big tech and big banks are hiring.

In December, Amazon leased space for 1,500 employees in Hudson Yards and is currently advertising 272 jobs in New York City. Google already employs 3,500 engineers in New York out of 7,000 employees in total and plans to expand its NYC staff to 14,000 as it moves into Hudson Yards. It currently has 100 technology roles open in NYC. And Facebook wants to double its New York headcount to 6,000 people by 2024, with around 1,500 of the new hires likely to be technologists. For the moment, though, it only has 18 software engineering vacancies in NY.

In total, the New York York Times estimates that Facebook, Amazon, Apple and Google combined will soon have 20,000 workers in New York City.  That's a fraction of the 181,000 people the New York State comptroller says work in the New York securities industry, but it's still significant - particularly as banks and technology chase the same talent for engineering vacancies.

Competition for software developers threatens to cause problems for banks, which have historically had issues recruiting and retaining top technology talent, which would rather work for FAANG firms. "Technologists don't want to work for banks, period," says one fixed income salesman turned fintech entrepreneur. "Data scientists in particular are animals that go to companies with interesting data to play with. At banks, legal and compliance mean you have to wait months to do things that can be done immediately at places like Facebook."

If they want to recruit the best people, banks may therefore need to up their pay game. Below are a selection of salaries offered to software engineers recruited on H1B visas at Facebook, Amazon and Google in NYC in 2020. Below that are some of the newest salaries paid to mid-level developers at JPMorgan (one of the only banks to split out tech workers on the H1B visa database).

Using JPMorgan as a benchmark, tech firms' salaries look around 20% higher than banks in New York City. Of course, banks also pay bonuses - but they're rarely more than 30% of salary (if that) for technologists, and tech firms are also known for paying generous levels of stock and signing bonuses.

One New York recruiter says developer pay in the city is already getting overheated and that current salaries may not be sustainable long term. "Annual increases in compensation (across all industries) are expected by employees and justifying increases from an employer perspective on an annual basis is likely difficult given employers are grossly overpaying and going all in on packages upon start."

Photo by Phi Tran on Unsplash